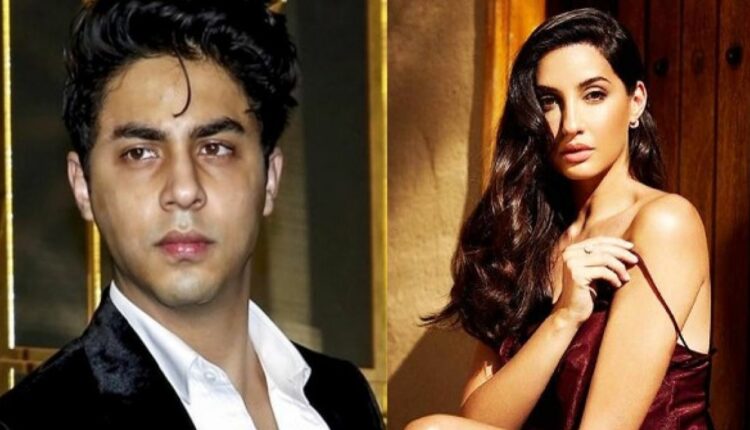 Are Aryan Khan and Nora Fatehi dating each other? The news about celebrity affairs and breakups is widespread in this city. The news of Tara Sutaria and Aadar Jain’s split recently sparked the interest of followers. The rumor about Aryan Khan and Nora Fatehi’s romance has begun. Users are guessing that the two are dating. However, how much truth can be found in these reports? Let us know.

Many funny social media user replies have been posted as a response to these photos of Aryan and Nora. Some users are also spotted playfully concerned about Ananya Pandey. Users wonder, ‘What will happen to Ananya now?’ However, several users are seen supporting Aryan and Nora by saying ‘Having a photo of both of them with the same fan does not suggest that these two are dating each other,. However, it is evident that the two actors are not dating at the time. This is just a rumour.

About Aryan Khan’s work, he recently stated in an Instagram post that the screenplay for his debut production is ready and that he is excited to begin filming. Nora Fatehi, on the other hand, was most recently seen in the film ‘An Action Hero’. She will soon be seen working on the film ‘100%’.

Well, it’s the world of entertainment and fans often link celebs together it just a rumour about Nora Fatehi and Aryan Khan to be in a relationship.