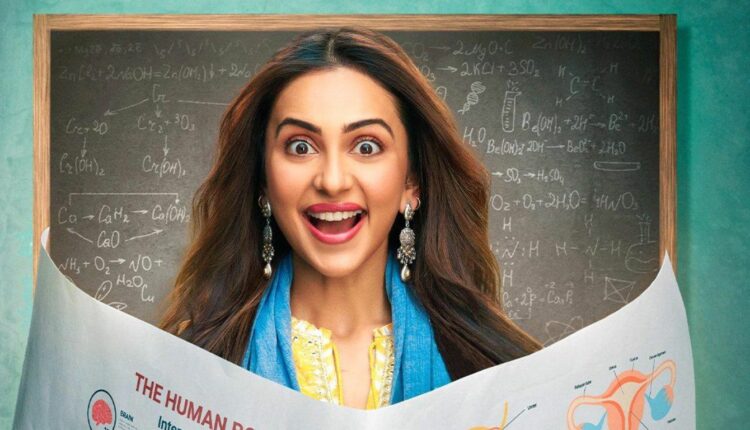 Chhatriwali is a Hindi comedy-drama helmed by Tejas Prabha Vijay Deoskar, while the screenplay was penned by Sanchit Gupta and Priyadarshee Srivastava. The movie stars Rakul Preet Singh in the lead role, along with Sumeet Vyas, Satish Kaushik, and Rajesh Tailang in supporting roles.The story of ‘Chhatriwali’ focuses on ‘Sanya Dhingra,’ i.e. Rakul Preet Singh, who is seeking for work. After this, she will be shown discussing a social taboo, sex education. Along with this, the picture has several more amusing turns for the viewers. The film’s trailer is already generating a lot of discussion, and it is receiving a lot of praise from the public.