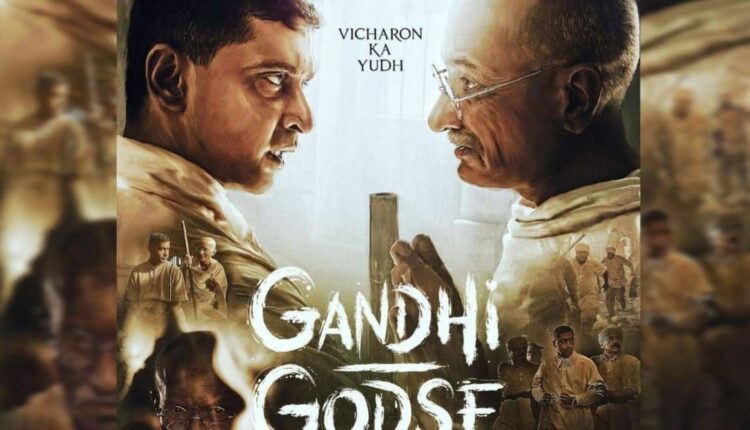 On January 2nd, the trailer for Gandhi Godse – Ek Yudh was finally released ,directed by Raj Kumar Santoshi. The film has been listed as one of the most-awaited projects of 2023.. The film is a dramatised portrayal of Mahatma Gandhi’s intellectual clash with Nathuram Godse.

In the teaser for ‘Gandhi Godse-Ek Yudh,’ it is said that serious claims have been made against both superstars. Godse’s voice was silenced as Gandhi was killed. Time did not allow him to express his words, but this film does. In this video, an attempt is made to depict what might have happened if Mahatma Gandhi and Godse had met face to face. What subjects would they have disagreed on? Gandhi used to try to persuade them with his words, while Godse continued slicing them with logic.

Gandhi was accused by Godse

According to Mahatma Gandhi, if mankind is to be saved, all forms of violence must be abandoned. Then Nathuram Ram Godse criticises Mahatma Gandhi’s ‘fast till death’ in the teaser. He stated that he possesses a lethal weapon known as fasting till death. They utilise it over and over to make their point. This is a sort of aggression. Mental abuse.

Gandhi Godse – Ek Yudh releases on January 26. Directed by Rajkumar Santoshi, the film’s music has been composed by AR Rahman. It is produced by Manila Santoshi. Deepak Antani will be featured in the role of Mahatma Gandhi, while Chinmay Mandlekar will be seen in the role of Nathuram Godse. The narrative of this film was written by Rajkumar himself, and it is produced by him.