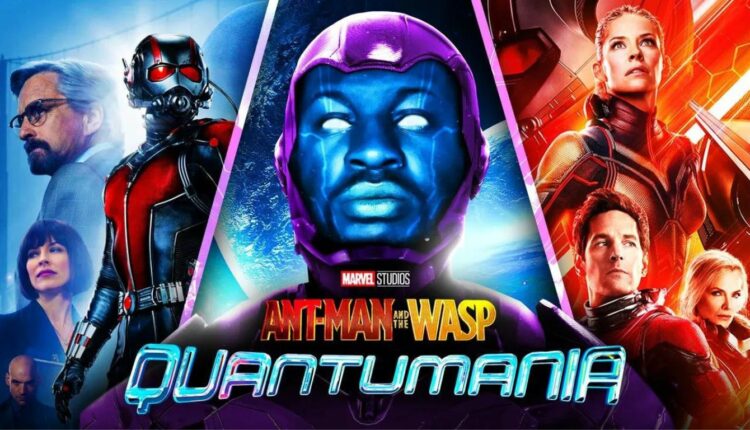 Finally after long weeks of waiting, fans  have a good news of when exactly the next Ant-Man and the Wasp: Quantumania trailer will released,it will debut tonight during the college football National Championship game.

After watching the film’s initial official trailer in october 2022, fans have been waiting another glimpse at the blockbuster for quite some time. A recent Disney announcement revealed that a second look at the film would be released during the National College Football Championship game on Monday, January 9, but no particular time was mentioned.

The Marvel Cinematic Universe new sequel will be the first theatrical release for Phase 5 of the superhero series, as well as the first of the year, after James Gunn’s film. Holiday Special for Guardi0061ns of the Galaxy On Disney+, it received significant appreciation. Quantummania in Ant-Man and the Wasp The MCU is also planning to enter the multiverse epic, and audiences will soon have a better idea of what to expect from the Quantum Realm-set adventure.

Following his debut in Loki, Jonathan Majors will portray the fearsome Kang the Conqueror, while the picture will witness the return of Paul Rudd as Scott Lang, Evangeline Lily as Hope Van Dyne, Michael Douglas as Hank Pym, and Michelle Pfeiffer as Janet Van Dyne. Kathryn Newton joins the cast as a more intense version of Scott’s daughter Cassie. In Ant-Man 3, the gang will go to the Quantum Realm, where they will meet Kang.

Ant-Man and the Wasp: Quantumania will hit theaters on February 17, 2023.

Ant-Man and the Wasp: Quantumania trailer

The teaser opens with Scott Lang reading from his latest novel, “Look Out for the Little Guy,” in a bookstore. There are cosplayers around, and one of them winks at Scott. Scott, Hope, Cassie, Janet, and Hank Pym are all present at a dining table. Scott says they should be glad that he rescued them all from becoming dust, referring to his vital role in Avengers: Endgame’s Battle for Earth. Pym is dissatisfied.

Cassie is dragged into the Quantum Realm when the Ant-Man gang is seen playing with a gadget. The others pursue her, with Janet serving as a guide, as the original Wasp has been lost in the Quantum Realm for many years. She leads them to a strange-looking city where Bill Murray’s ruler meets Janet. There is an insinuation that he had a previous connection with Janet.

After the trailer released fans are waiting for movie release .As per the announcement film hits theaters in February 2023. — Video from Marvel Entertainment YouTube channel

Ant-Man and The Wasp: Quantumania