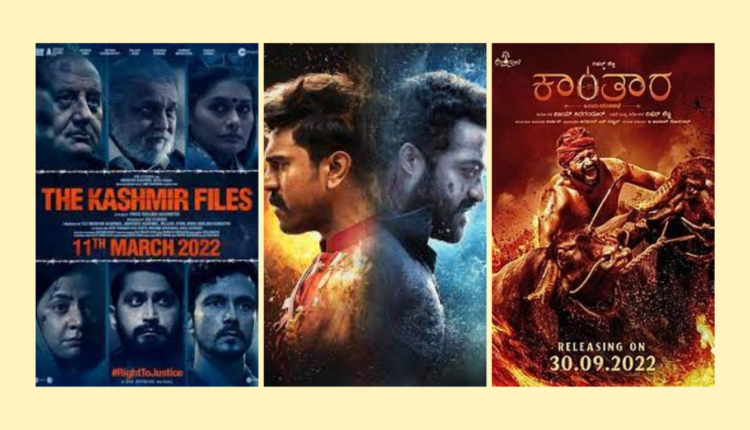 Oscar Nominations 2023: In the list of 301 feature films, five Indian films have made a cut in the 95th Academy Awards include”RRR”, “Gangubai Kathiawadi”, “The Kashmir Files” and “Kantara” and “Iravin Nizhal” .Oscars 2023: The final nominations of the Academy Awards will be announced on January 24.

The reminder list consists films that can properly compete in several categories, but being on the list does not ensure that the picture will proceed in the Academy Awards’ final nominations, which will be revealed on January 24.

As from 92 suitable nations and areas, fifteen worldwide features were selected. Among the films on the list are Close (Belgium), Decision to Leave (South Korea), All Quiet on the Western Front (Germany), Alejandro G. Iárritu’s Bardo (Mexico), and Joyland (Pakistan). Joyland is the first Pakistani film to be nominated in this category. Last Film Show, India’s foreign submission, also made the list, as did RRR, another Indian film, for its lively song “Naatu Naatu.” Makeup and hairstyling, soundtrack, sound, and visual effects were also nominated for All Quiet on the Western Front.

The 95th Academy Awards will be place on March 12, 2023, at the Dolly Theatre in Los Angeles. This year’s Oscars will be hosted by TV star Jimmy Kimmel.

For the previous several years, India’s Oscar entries have included Koozhangal, Jallikattu, Gully Boy, Village Rockstars, Newton, and Visaranani, all of which failed to make the Oscar shortlist. Mother India, Salaam Bombay, and Lagaan are the only Indian films to have received Oscar nominations.